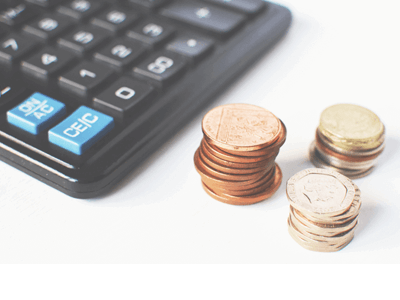 In a bid to try and ease the pressure associated with late payments, the Government have introduced a new Pre-Action Protocol that came into force yesterday (1st October 2017). The Protocol applies to any business (including sole traders and public bodies) that is claiming a debt from an individual (including sole traders). The Protocol doesn’t cover business-to-business debts (unless the debtor is a sole trader) it also does not cover debts that are covered by their own Protocol, like Construction, Engineering or Mortgage Arrears or claims issued by HMRC.

The Protocol encourages early communication, hopefully leading to a quick resolution without needing to begin legal proceedings. If there is no option but to take things legal, the Pre-Action steps should support the efficient management of proceedings. If you, as the creditor; have followed every step then it will work in your favour. If you fail to comply with the Protocol, however, you may face major delays when collecting the debt, additional costs and the inability to charge any interest from a debtor.

The Protocol requires a lot more initial work from creditors. Currently, businesses send a Letter Before Claim, wait a minimum of seven days and then issue a Money Claim. The new Pre-Action Protocol involves more involvement and more steps, with the aim that the majority of debts will be collected more efficiently and at less cost to the creditors.

The first step begins with a Letter of Claim. This letter is essentially a detailed overview of the debt. It should include full details of the debt, how it arose and the accepted methods of payment. This should hopefully eliminate any confusion about where and how the customer came to be in debt. Include an up-to-date statement with your letter and define any interest or other charges that have been added since the debt was incurred. Annexed to the Protocol, there is an information sheet, reply form and financial statement, all of these should be included with your Letter of Claim. Where the debtor has signed an agreement, a copy should be included, if there was an oral agreement, then you should include with whom the agreement was made,  what words were used (be as accurate as possible here), when the oral agreement was made and where.

Once this information has been sent, note that it should always be sent by post unless explicitly requested by the debtor, it is a case of waiting for a response. This can be the most difficult stage of the process, but the debtor has 30 days to respond to the Letter of Claim. If, after 30 days, you have had no response then you may begin court proceedings.

This Protocol was put in place to open up lines of communication, and that is what will happen if the debtor responds within 30 days. The reply form that was included with the Letter of Claim will highlight any disputes they may have, whether or not they can pay and whether or not they’re seeking advice. If the debt is disputed, then the information should be exchanged between you and the debtor and sufficient evidence should be given to understand each other’s position.

If they’re seeking advice then provide a reasonable amount of time for the debtor to actually obtain the advice, there would be no point contacting them the very next day. If the debtor has indicated that they need time to pay, try to reach an agreement for partial payment or a payment plan, they should have indicated how much they can pay on the reply form. If the debtor has returned a reply form that hasn’t been completed correctly or in full, then this should be seen as an attempt to communicate and resolve the debt. Give the debtor the benefit of the doubt and contact them to discuss the form and try to resolve the debt. For example, they may have indicated that they can make reduced payments but have not stated how much.

In some cases, you will not be able to resolve the debt at this stage. The debtor may be denying any responsibility for the debt; they may be saying that they are unwilling to pay the debt or they may have an issue with any part of it. An attempt should be made to try and mediate the situation; this can be done with a third-party mediator to avoid the conversation getting heated or speak with the Financial Ombudsman Service. The debtor may come to acknowledge the debt, and so an agreement should be made to outline the repayment of the money. For as long as the debtor abides by this agreement, legal proceedings should not begin. If you want to take legal action further down the line, then you will need to start the Protocol all over again.

After all of these steps, you may still not have resolved the debt. Review where you are with your debtor and see if you can avoid legal proceedings or if you can narrow any issues down. If you intend to commence legal proceedings, a letter of intent giving 14 days’ notice should be issued.

If you want to avoid taking things legal then you can outsource the debt to a debt recovery agency. A third-party handles debt recovery professionally and avoid getting aggressive as they are not personally involved. This approach usually yields better results than legal action, and it also allows you to maintain customer relationships.

If you have questions about the new Pre-Action Protocol, you can find out more here: https://www.justice.gov.uk/courts/procedure-rules/civil/pdf/protocols/pre-action-protocol-for-debt-claims.pdf